Wichita Flying eye and what is the meaning 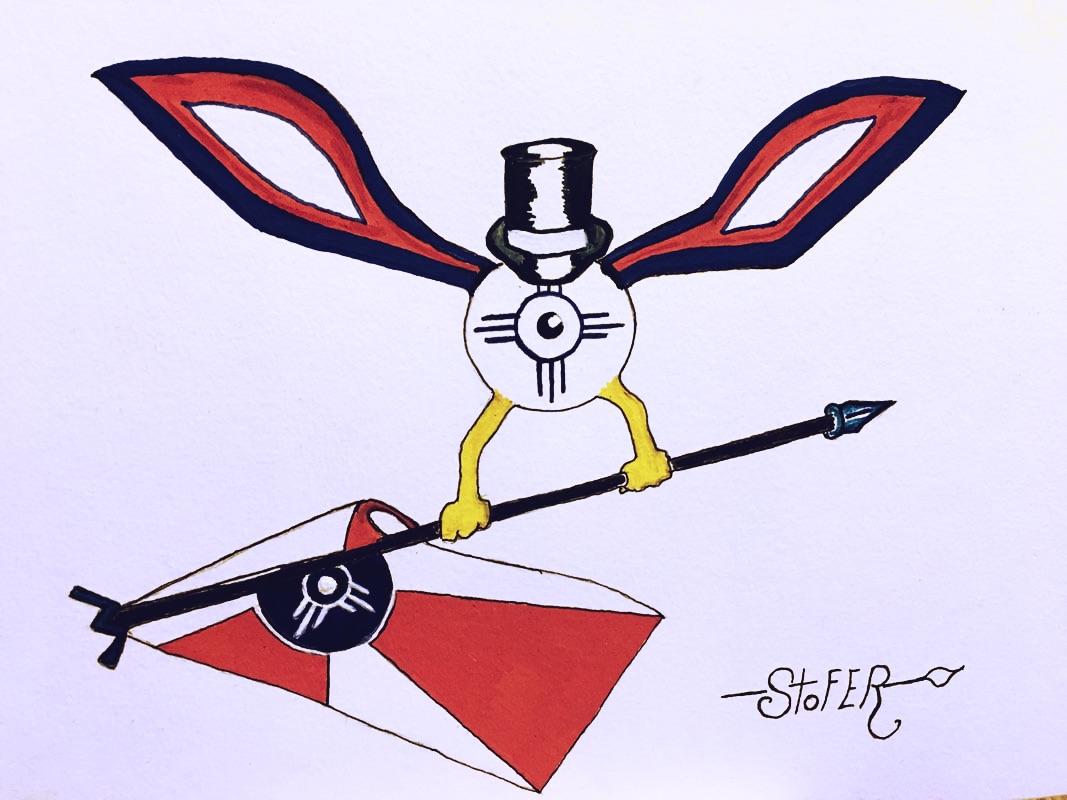 The design over the "blue sun" is a Native American symbol for "hogan" or permanent home, while the alternating red and white rays represent the path of freedom to come and go as one pleases. There were only 6 original flags made by a west-side seamstress, named Mary J. Harper. In her day, she was often referred to as "Wichita's Betsy Ross;" It took her an entire day to piece together the complicated design.

So let us look at this flying eyeball thing:  According to Von Dutch, the flying eyeball originated with the Macedonian and Egyptian cultures about 5000 years ago. It was a symbol meaning "the eye in the sky knows all and sees all."  Dutch got a hold of this symbol and modified it into the flyin' eyeball we know of today.  His belief of reincarnation is tied into the logo that all past lives are watching what you do in the present. There have been numerous "incarnations" of this design over the years and it still remains an icon of the '50s and '60s street rod crowd.
(Von Dutch was a famous custom car builder in California)

Enter artist William A. Stofer (W.A.) A local Wichita artist who originally migrated to town from Southern California in the late 70s, grew up around surf and hotrods. "I loved the Hogan in our flag image and I have painted the flying eye on motorcycle tanks, VW buses and cars. So I got this idea to merge them together, and create a whole new meaning."said Stofer at a local art show.

The Flying Eye Hogans can look different, each one having various colors, wing, legs or arms. The idea was not to have a specific image for the creatures, but something recognizable by the sun symbol in the center of the eye. The Flying Eyes symbolize the creative and artistic spirit the city is noted for, and though a rambunctious looking entity, the character his meant to spread joy and good wishes while being a force to recon with, while knowing and seeing all.

Now you know, and you can expect to see more of the flying Eye in Wichita. Stofer has a couple murals planned to introduce more people to this image.

​wichita related prints are $ 5.00 plus mailing. prints are sealed and printed on card stock 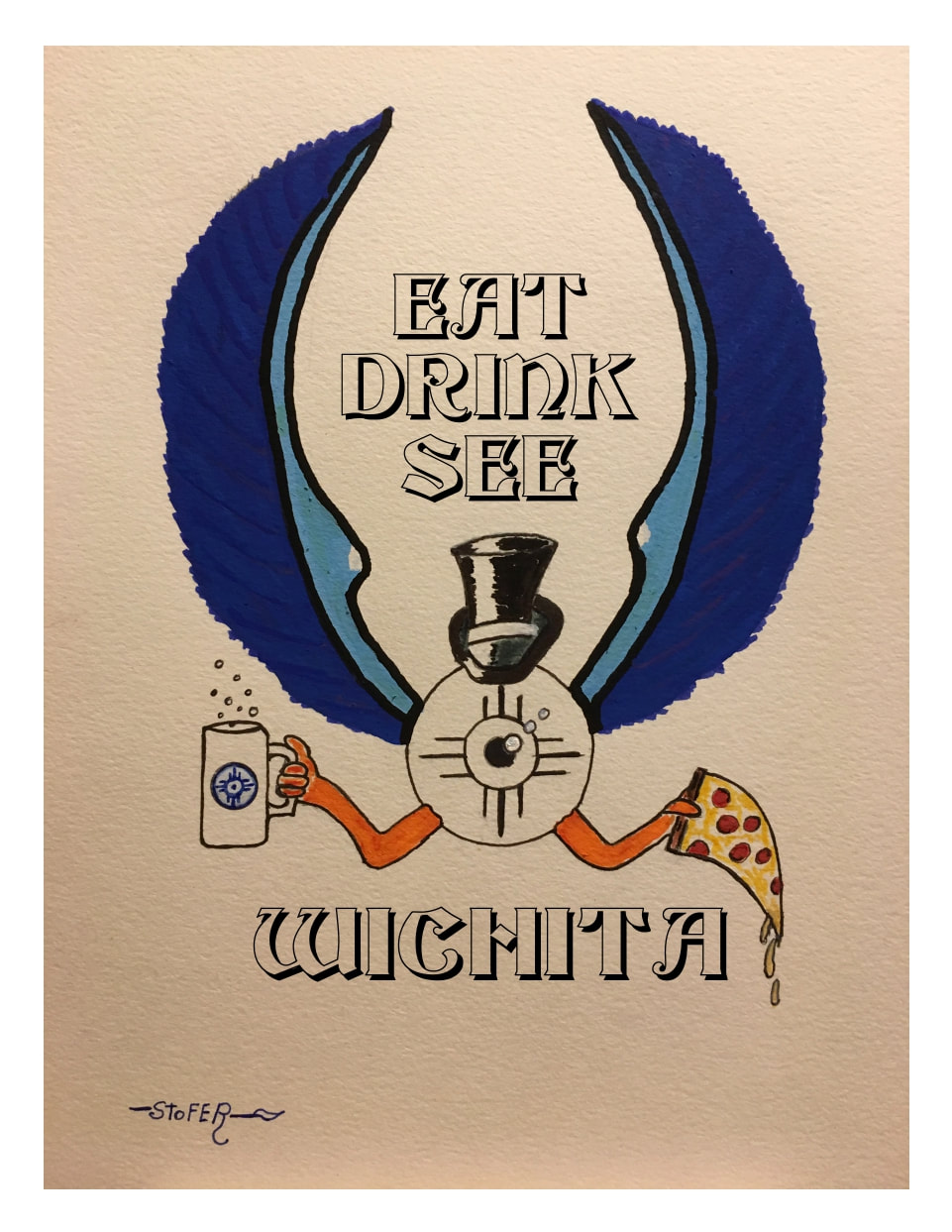 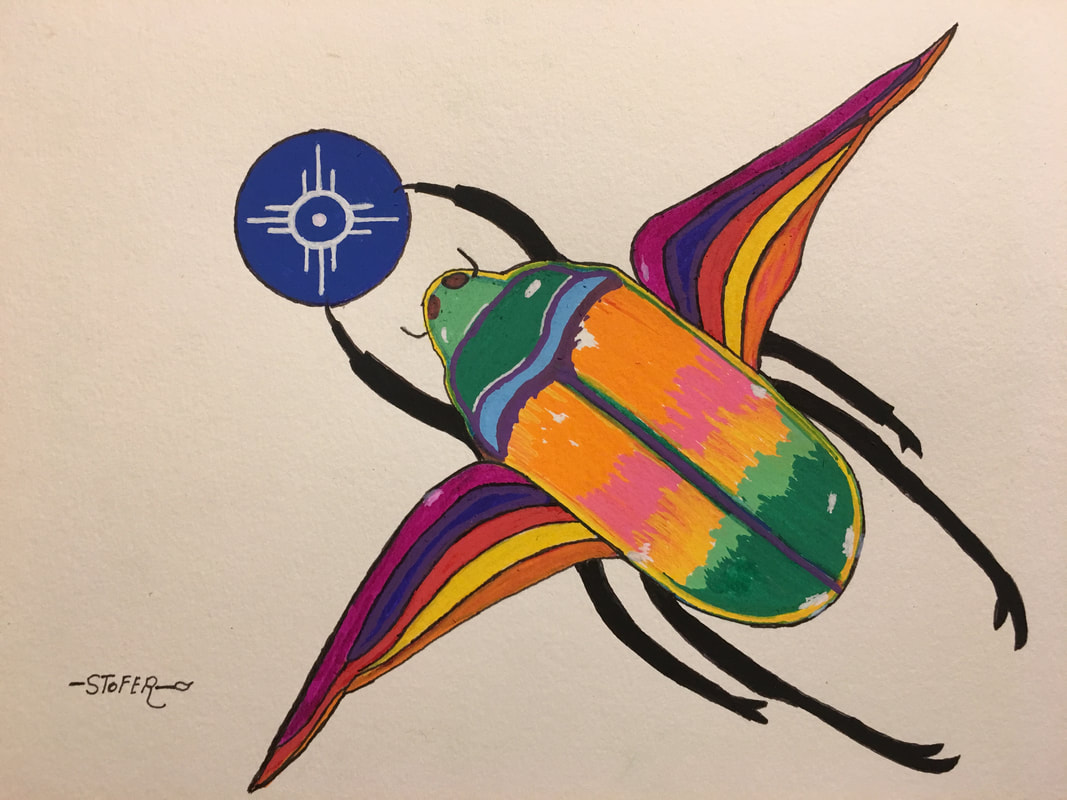 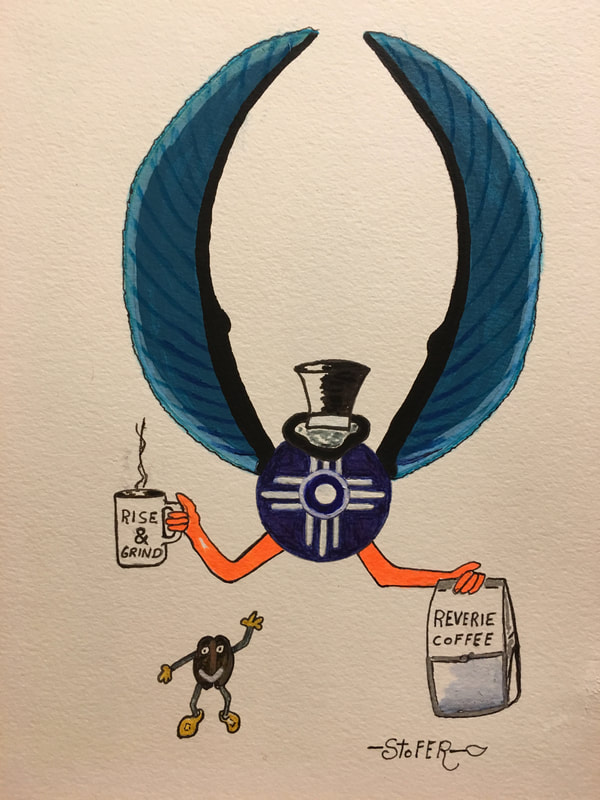